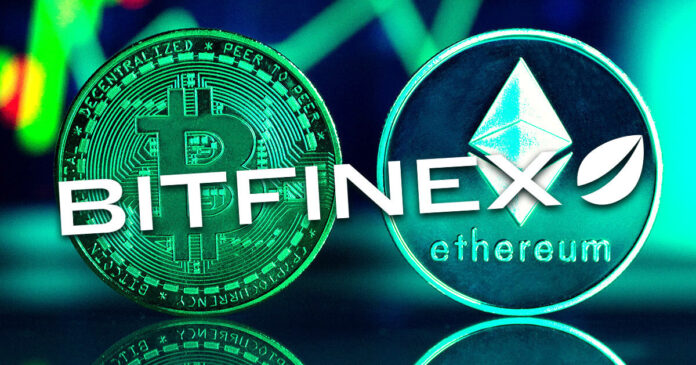 According to data shared by crypto influencer John Brown, 91% of Bitfinex exchange’s reserves are Bitcoin (BTC) and Ethereum (ETH).

Coinbase follows Bitfinex as a close second by having 63% of its reserves in Bitcoin and Ethereum, according to additional information added by Brown.

The ratio of reserves held in BTC & ETH differs strongly per exchange.
(Data from @cryptoquant_com) pic.twitter.com/UwxRrS5Ltc

Crypto.com comes as the third exchange with the most significant Ethereum and Bitcoin percentages at 52%.

Leading exchange Binance is placed at the bottom of the list by having only 15% of its reserves consisting of Bitcoin or Ethereum.

Upon the FTX collapse, Binance CEO Changpeng Zhao suggested that all exchanges publish their proof-of-reserves. Many exchanges followed Zhao’s advice and published their documents, including Bitfinex, Crypto.com, Binance, OKX, and Coinbase.

Crypto.com’s 52% equates to 53,024 Bitcoins and 391,564 Ethereum, according to its proof of reserves. The exchange also stated that its Bitcoin and Ethereum are worth around $3 billion when combined with Crypto.com’s other holdings.

Binance also published its proof of funds on Nov. 11. The exchange disclosed that it held around $69 billion worth of digital assets. It also detailed that it had 475,000 Bitcoin and 4.8 million Ethereum, which consists of only 15% of the exchange’s reserves. Binance also holds 58 million BNB and 17.6 billion USDT, amongst others.

OKX and Coinbase, on the other hand, revealed that they back all their users’ assets at 1:1 by real funds.

Binance Has to Improve AML Compliance Before Setting Up HQ in...

Is Ethereum now under U.S. control? 99% of latest relay blocks...

MATIC is up by 6% following Robinhood support

What does Ethereum Improvement Proposal (EIP) 4844 bring to the table?