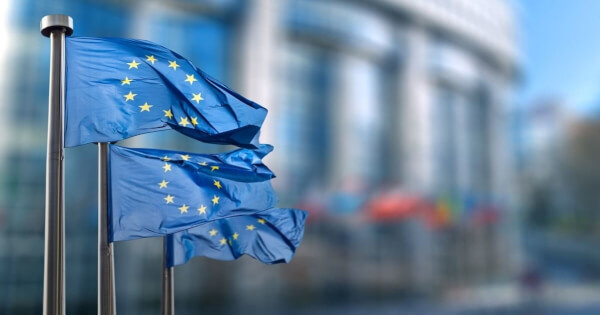 Europeans and the entire digital currency ecosystem have been potentially awaiting the Markets in Crypto Assets (MiCA) bill, which has been projected to be passed before the end of the year.

With a series of forecasts out in the open, Patrick Hansen, the head of Strategy at Decentralized Finance (DeFi) startup Unstoppable Finance, said the expected bill could come as early as this month’s ending.

Taking to Twitter to share a series of updates concerning the anticipated crypto markets bill billed to be the most comprehensive to date, Hansen said the last political trilogy meeting needed to pass the bill is set to take place on June 30. This is when the EU institutions (Council/Parliament/Commission) will be meeting under one roof.

While most issues have already been finalized, a few are still left hanging. One of these is related to the classification of Non-Fungible Tokens (NFTs) and how they are regulated within the region.

Hansen noted that the European Commission wants to add NFTs as a component of MiCA but that the Council and Parliament are initially against it, but are now more likely to make a compromise. Should NFTs be a part of MiCA, service providers like OpenSea, and Rarible or marketplaces operating in the region will be required to obtain suitable licenses.

The Deal About Stablecoins

According to the update shared, the major concerns with respect to stablecoins in the bill are already finalized and what applies to regular fiat-backed stablecoins is what will bind their algorithmic counterparts.

While there will be high regulatory requirements for issuers of both EMT (e-money-tokens) and ARTs (asset-referenced-tokens), the bill will ban Crypto Service Asset Providers from charging interest rates on stablecoin deposits. Unlike what many have also suggested, Bitcoin will not be banned in the region, affirming the earlier resolution not to ban Proof-of-Work (PoW) mining.

The regulatory framework being defined by MiCA is bound to be the most comprehensive in the world, and experts predict that it may guide other nations, including the United States, in formulating a law to govern the digital currency ecosystem.

WazirX to pay $66M in a tax evasion case

PayPal Picks This EU Country As Its Launchpad for Crypto Service...

Turkey to Jail Missing Thodex CEO and Executives for at Least...