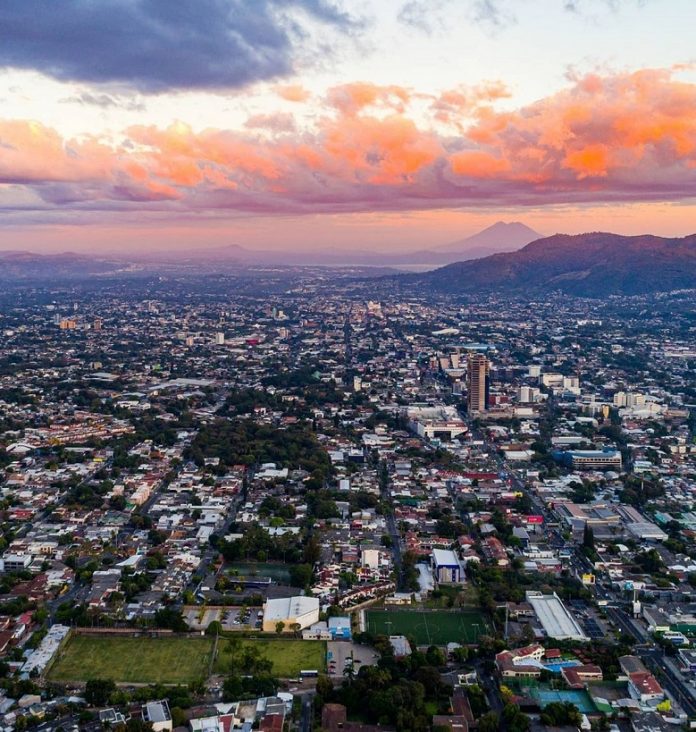 Programmer, author, podcaster, and all-around legend Jimmy Song made the pilgrimage to El Salvador. He wrote about his first impressions on his Bitcoin Tech Talk newsletter and his perspective deserves a place in the From The Ground series. Instead of going to the specifics, Jimmy Song used a wide lens and detached himself from the situation. What are the Salvadorans feeling as Bitcoin inevitably transforms their country?

According to Jimmy Song, “they recognize that Bitcoin is a part of the massive societal change that’s going on.” Even if they’re not Bitcoiners, the effects are obvious. Not only for them but for the world looking in. “El Salvador is showing what transitioning from fiat to sound money looks like.”

A sight to behold. And the reason to be for Bitcoinist’s From The Ground series. So far, we’ve brought you the Dutch, Salvadoran, French, North American, Italian, and Austrian perspectives. This time, we give the mic to Texas, and to one of the most respected voices in the Bitcoin space. Let’s see what he has to say.

First of all, the author makes a reference to the From The Ground series… not really, but kind of:

“The area known as El Zonte has become a mecca for Bitcoiners who are here from all over the world. This is great for local tourism and even foreign investment, but being here on the ground, it’s clear that Bitcoin means much more to this country.”

Jokes aside, that paragraph sets the tone for the whole piece. Besides the money and the attention coming in, Bitcoin is slowly but surely transforming the country.

“El Salvador has been known internationally as the murder capital or a corrupt place or something else negative. This has changed in the last year or so as the international perception of this place has become one centered on Bitcoin. It’s now becoming a place of innovation, investment, and independence. Foreigners pouring into the country is proof to El Salvadorians of what’s happening.”

However, can we trust Jimmy Song? He’s obviously partial to Bitcoin, does that mean he has a blind spot? Can he describe the situation objectively? Or, on the contrary, is Jimmy Song actually tapping into something we all know is happening but no one was able to point out until now? Let’s keep reading, maybe we’ll be able to answer those questions.

Will El Salvador’s Volcano Bonds succeed? We wouldn’t know, that’s above our paygrade. It’s an interesting development, though. A novel way for governments to raise money and an insult to the IMF at the same time. What’s Jimmy Song’s take on this situation?

“What’s more remarkable is the effect that this is having on the leadership. Nayib Bukele and his party have gone all in on Bitcoin, including eschewing IMF loans and are in the process of issuing Bitcoin-enhanced bonds. This is no small thing as any third-world country knows, IMF loans mean that you have to satisfy the IMF and not the country’s citizens.”

Even though Jimmy Song is using the antiquated “third-world country” concept, he’s got a point. The IMF controlled the so-called developing world through predatory loans for decades. It still does. “In a way, Bitcoin has freed these politicians to do what they’re elected to do, and not bow to the pressures of the international finance cartel.” Let’s wait for the results while hoping he’s right.

“So many people, many of them Bitcoin skeptics, have told me there’s something really different going on. Government ministers are listening and making common sense reforms which were excruciatingly hard in previous administrations. Being free of the shackles of the international monetary order has made the leadership a lot more responsive to the people.”

Let’s not get carried away, though, Jimmy Song.

Are people really coming back? That shouldn’t come as a shock, considering how many Bitcoiners are considering moving to El Salvador. Journalists Max Keiser and Stacy Herber did. Also, consider how many Bitcoin companies are opening offices in the country. And that’s just the beginning.

“Now, there’s a genuine pride in the El Salvadorian people again. People who have been gone for 20 years or more are starting to return. They’re realizing that there’s real investment going into their country and something cool is going on.”

There are new and improved opportunities and a whole movement shaking things up over there. After that, Jimmy Song throws his first and only criticism. Of course, it’s wrapped in praise.

“In other words, Bitcoin is incentivizing civilization-building behavior. This is not to say that everything is perfect. There are still lots of problems and many things that need work. But what’s clear is that things are getting better.”

Let’s hope Jimmy Song’s optimism is well placed. And it might be. One thing’s for sure, Bitcoin fixes. And El Salvador receives its influence every day.

Bitcoin price faces correction as economy is not cooling as anticipated

What to Expect – crypto.news

Justin Sun Proposes the Establishment of Tron DAO Reserve and to...

Can Dogecoin Be The Currency Of The Internet? Robinhood CEO Says...