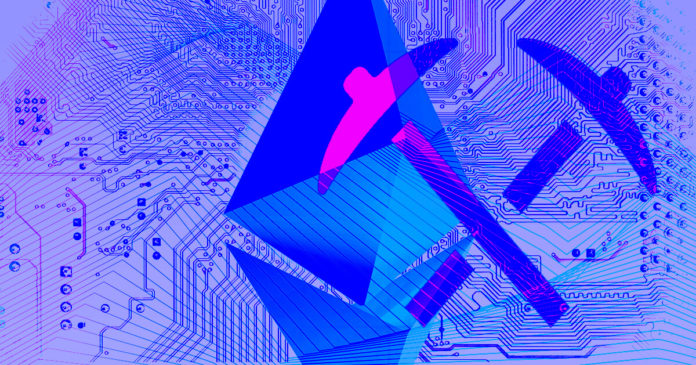 Ethermine, the largest Ethereum mining pool in the world, has announced the launch of a staking service on its platform.

In an announcement published earlier today, the company said that Ethermine Staking will enable users to earn interest on their ETH as if they were staking it, without having to put down the 32 ETH to become an official validator.

Ethermine said the new feature would bring a “highly transparent alternative” to staking services after the end of Ethereum’s Proof-of-Work (PoW) mining phase. The minimum investment amount for Ethermine Staking is 0.1 ETH, opening up staking for a huge number of Ethereum users.

The mining pool, operated by Austrian company Bitfly, called the feature an “investment” that will accrue rewards via the ETH.STORE reference rate. The Ether Staking Offered Rate, or ETH.STORE, is an Ethereum staking reward reference rate representing the average daily earnings of validators across the Ethereum staking network.

Users that deposit ETH into their Ethermine accounts will not be able to withdraw their funds until the Ethereum protocol allows the withdrawal of all staking rewards. Developers expect withdrawals to be enabled in 6 to 12 months following the Merge, with the longest waiting period estimated to last around 5 years.

Earlier this month, Etheremine announced plans to drop Ethereum PoW mining completely following the Merge, saying it will not support any PoW forks. After the network’s transition to PoW, Ethermine’s ETH mining pool will enter into a withdrawal-only mode.

There are currently over 223,000 active miners using the Ethermine Ethereum pool, generating a total hash rate of around 264 TH/s. Transitioning to staking will render the hardware used by all of those miners obsolete, which is why Ethermine called on them to join some of their other high-performing pools and continue PoW mining. Throughout September, the mining pool will offer a 0% fee promotion for its ETC, RVN, ERGO, and BEAM mining pools.

Ethermine made the news last week after it was revealed that the mining pool stopped processing blocks that include Tornado Cash transactions. The mining pool’s actions were most likely a result of OFAC sanctions and were widely criticized by the crypto community as creating censorship at the protocol level.

Over $76M invested in crypto funds in past 7 days

Ether drops below $1,700 as the Merge takes centre stage