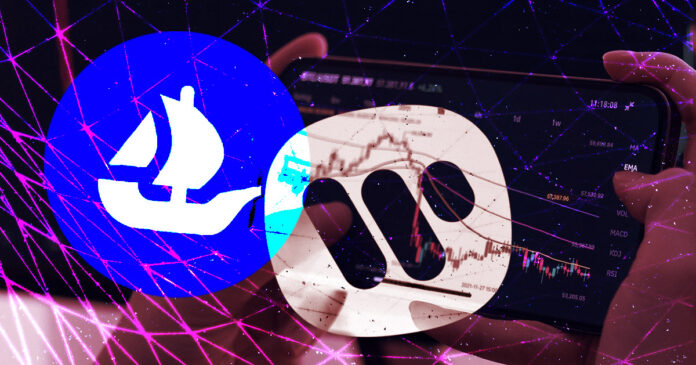 The biggest news in the cryptosphere for Sept. 29 includes investor Stanley Druckenmiller saying cryptocurrency has a big role to play as trust in central banks declines, ZachXBT alleging that crypto influencer Lark Davis profited over $1 million from dumping low-cap crypto projects and Warner Music teaming up with OpenSea to allow artists extend their fanbase in Web3 through NFTs.

Following the Bank of England’s  £65 billion bond purchase to salvage the U.K. pension schemes, investor Stanley Druckenmiller told CBNC  that the public could turn to cryptocurrency as trust in the banking system declines.

“I could see cryptocurrency having a big role in a Renaissance because people just aren’t going to trust the central banks.

In response to the CFTC’s complaint against Ooki DAO, community members have unanimously agreed to plans of raising funds to defend the DAO.

Ooki DAO is looking to withdraw some funds from its treasury, submit a Gitcoin grant request for fundraising, and sell NFTs to support its legal defense.

(unfortunately can’t ask him since he blocked me months ago) pic.twitter.com/aTivN16rgd

According to the investigation, Lark made over $1 million from promoting low-cap projects between February and November 2021.

Warner Music Group has inked a partnership with OpenSea to allow WMG artists to extend their fanbase in Web3 through NFTs.

The selected artists will receive access to “drops product” which will allow them to have personalized landing pages on OpenSea and host their limited-edition projects.

Ethernity up 174% ahead of anticipated announcement at Decentraland meetup

Ethernity chain stood as the outlier in a declining market in the last 24 hours, after its ERN token posted a gain of over 174%.

ERN’s price spike could be linked to anticipations forerunning the unveiling of the Ethernal Labs HQ in the Decentraland metaverse on Sept. 29.

SEC charges Hydrogen for profiting over $2M from market manipulation

Market-making firm Hydrogen is in a legal battle with the SEC for allegedly colluding with South African-based Moonwalker to manipulate the price of its unregistered Hydro token.

The accused is said to have intentionally inflated the trading volume of Hydro, only to cash out over $2 million from investors’ funds.

Out of the $100.6 billion worth of crypto transactions recorded in Sub-saharan Africa between July 2021 and June 2022, 80% of the transactions were retail transfers of less than $1000.

Despite having the lowest transfer volume among countries analyzed by Chainalysis, Sub-saharan Africa still has the highest number of small retail payments and use of P2P exchanges.

Sweden’s central bank has collaborated with the Bank of International Settlement (BIS), to test its CBDC “e-krona” for cross-border payments across Israel and Norway.

The central banks of Israel and Norway will connect their CBDC system to Sweden’s e-krona platform for the “Project Icebreaker” experiment.

Meta has finally opened its NFT feature to all US-based users. Creators and collectors can connect their digital wallets to share their NFT collections across Facebook and Instagram.

Cross-posting or sharing of the NFT collections will not attract any fees to the user.

News from around the Cryptoverse

Analysts at the leading bank predict that the COIN shares will drop below $57 as pressure from the crypto winter and increased competition among crypto exchanges continues.

The protocol is designed to provide advanced yield protection for digital assets via the Protocol Controlled Reserves (PCR).

Jokes about wrapped ETH depeg cause brief panic on Twitter

Another $2B worth of Bitcoin withdrawn from Coinbase over weekend

Ethereum’s client diversity: with 66% running Prysm, is The Merge safe...

LGB, the token that gained 52% today: where to buy LGB

USDC on track to flip USDT by Q3 to become leading...