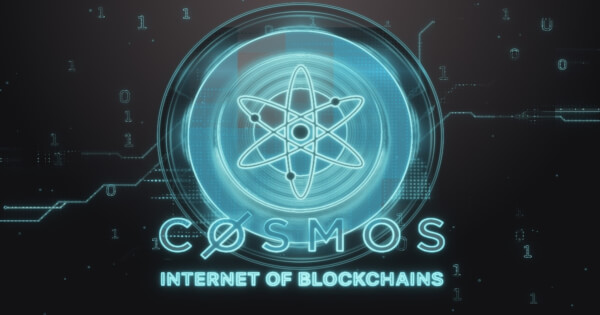 Peng Zhong, the CEO of Ignite, the company behind the Cosmos blockchain ecosystem, announced his resignation on Friday. Zhong’s departure comes just a few months after the firm recently changed its name from Tendermint to Ignite as part of its reorganization plan.

In February, Tendermint rebranded itself to “Ignite” to bring fresh change and action within the company.

In late May, Ignite further split into two entities: Ignite and NewTendermint. The return of Jae Kwon, the original co-founder of Ignite, led to the company’s split into two business subsidiaries during that month.

With the split, Ignite’s original co-founder, Mr. Kwon, rejoined his old team as the CEO of NewTendermint while Mr. Zhong, the current CEO of Ignite, remained as CEO of the newly restructured Ignite.

Zhong’s resignation is considered to have been fueled by Kwon’s return to the company.

Kwon co-founded Ignite and its parent company, All In Bits Inc. in 2014. The executive stepped down as Tendermint’s CEO in 2020 after fierce disputes with some of its staff, but he retained a seat on the parent company.

With the split, NewTendermint was designed to focus on contributing to the core technology of the Cosmos blockchain ecosystem, while Ignite continued to focus on blockchain-based product development.

With a background in interaction design and front-end engineering, Peng focused on guiding blockchain development across the wider company. His sudden departure, therefore, raises questions about Ignite and New Tendermint’s futures.

Meanwhile, other reports also show that Ignite has announced massive job cuts of more than half its workers this week. The announcement came after Ignite’s CEO Peng Zhong disclosed on Friday that he would exit the company.

The departure of several other top executives at Ignite further puts the future of the company in question.

While Ignite laid off some workers, others volunteered to leave the firm in return for severance packages.

Some might have voluntarily left the company after details about the new organizational structure between the two entities remained vague for many weeks after they were announced.

The looming job cuts were first announced by Mr. Kwon when he returned to the firm in May. During his return, he stated that severance packages would be offered to some workers.

The current crypto crash forced Mr. Kwon to trim the headcounts of the company further than originally expected, sources familiar with the matter disclosed.

The ongoing crypto crash has caused a lot of FUD (fear, uncertainty, and doubt) in the community, not only among investors but also within companies. Crypto firms such as Crypto.com, BlockFi, Coinbase, and Gemini, among others, laid off hundreds of employees amid a meltdown in cryptocurrencies and a collapse in their token prices.

The crypto winter, triggered by the plunge of the Terra/Luna ecosystem, has put everyone into uncertainty whose fate is unknown when it will end.

Most firms appear to blame the current market conditions. The price of multiple coins has fallen following a new wave of selloffs. The difficult market conditions prompted some crypto firms like Celsius, BlockFi, Three Arrows Capital, among others, to face severe financial woes.

FTX CEO denies the exchange was planning to acquire Huobi

Cardano has retreated by 90% from its all-time highs

WWE To Launch New NFTs Before This Week’s SmackDown Event