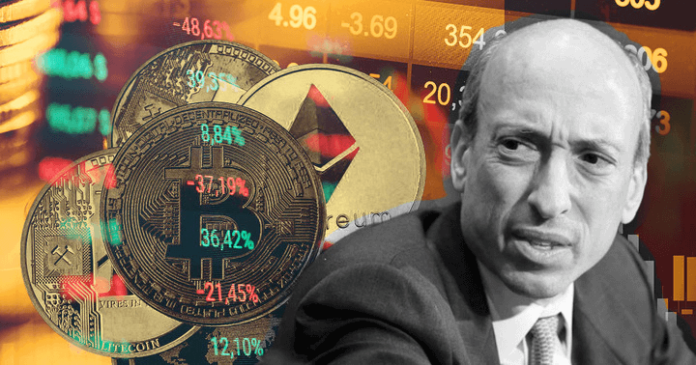 Gensler, who has been pushing for increased regulation and targeting various crypto companies for fraud in the U.S., said the space needed better regulation and better enforcement.

He explained that U.S. laws are clear but that the industry was “significantly non-compliant.” The SEC has spearheaded dozens of enforcement actions against various crypto companies operating in the U.S., targeting influencers promoting unregistered cryptocurrencies and the companies that issued them.

However, Gensler believes that the best road ahead is still working hand-in-hand with cryptocurrency exchanges to get them registered as this is the best way to protect investors, he told CNBC’s Andrew Sorkin. He added:

“The runway is running out. Investors in the U.S. and around the world are getting hurt.”

Gensler also addressed the meeting he had with FTX’s Sam Bankman-Fried in March this year. When asked whether he was hoodwinked by the exchange, Gensler said that he met with various industry representatives throughout the year and shared the same message with everyone.

Do you feel like you were hoodwinked? @andrewrsorkin asks @GaryGensler: pic.twitter.com/wSQZ5sgioP

Gensler said that the toxic combination threatening the industry is the fact that big players “co-mingle” and work together against customers.

“This is not like the New York Stock Exchange or Nasdaq. These platforms co-mingle. It’s a toxic combination where they take people’s money, they borrow against it, not much disclosure, and then they trade against their customers.”

Indonesia to have national crypto exchange before June

Downtrend Far From Over, $0.22 Still In Play